The CLIP™ process (“Continuous Liquid Interface Production”) is an additive manufacturing process that utilizes UV light, oxygen, and programmable liquid resin to produce components with outstanding mechanical properties. Also known as Digital Light Synthesis™ technology (DLS), it involves manufacturing products in one piece, rather than layer-by-layer as with other 3D printing processes. This enables production time to be up to 100 times faster than other additive manufacturing technologies.

The combination of light and oxygen – layerless 3D printing

In the CLIP™ process, the artificial resin is inserted into a flat container. There, a UV light projector below the container uses a previously defined series of images to melt the resin before hardening it into shape. A window between the projector and material allows light and air to permeate. In a controlled manner, oxygen is released through this window to prevent the liquid resin from hardening too early. A molding platform that was lowered into the vat at the beginning of the process is continually raised as the 3D object is manufactured. This upward movement plus the controlled supply of oxygen create what is known as a “dead zone” between the window and component – a layer of not-yet-hardened resin. This is what is used to shape and build up the object through continuous exposure to light and oxygen. 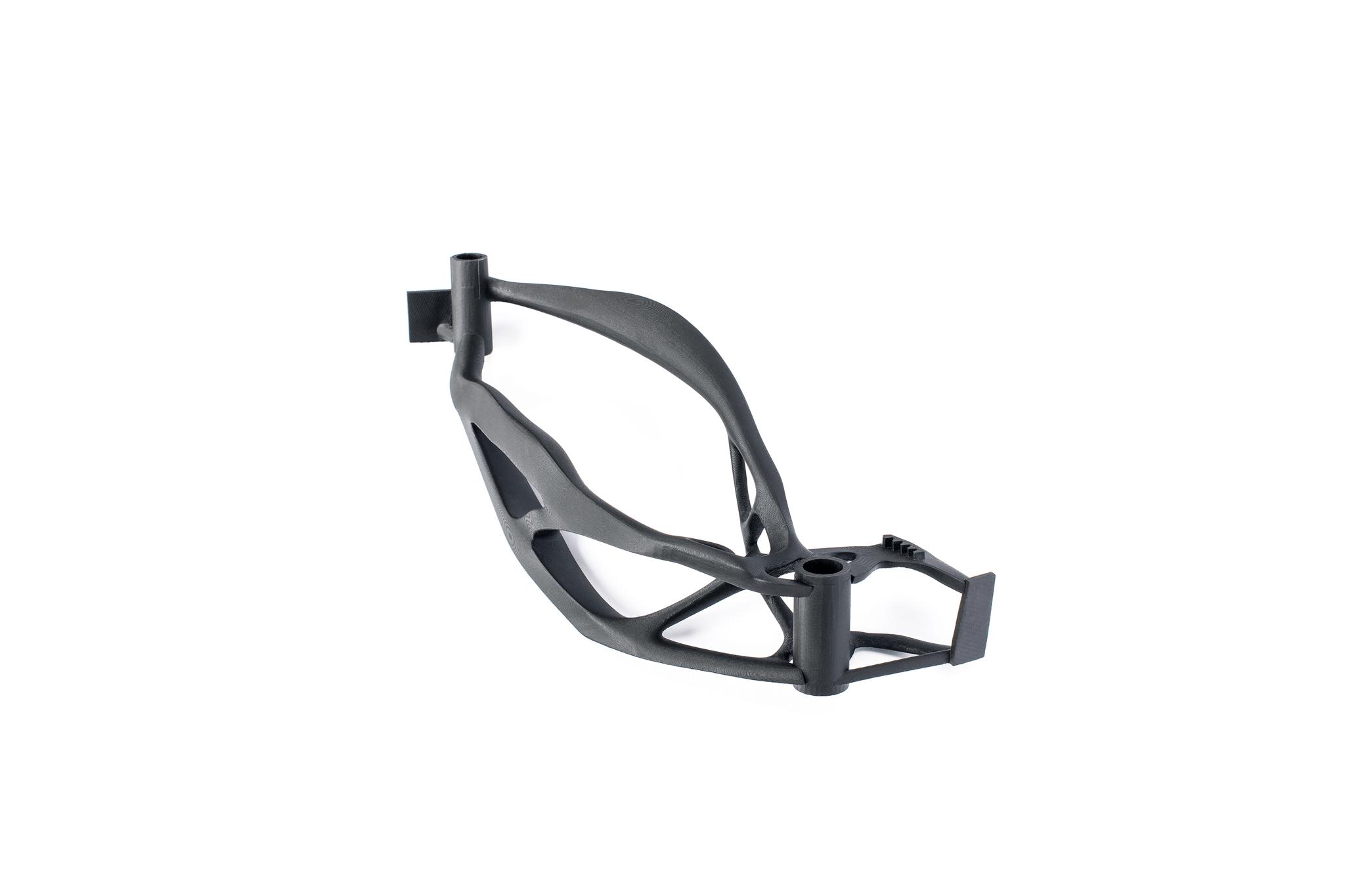 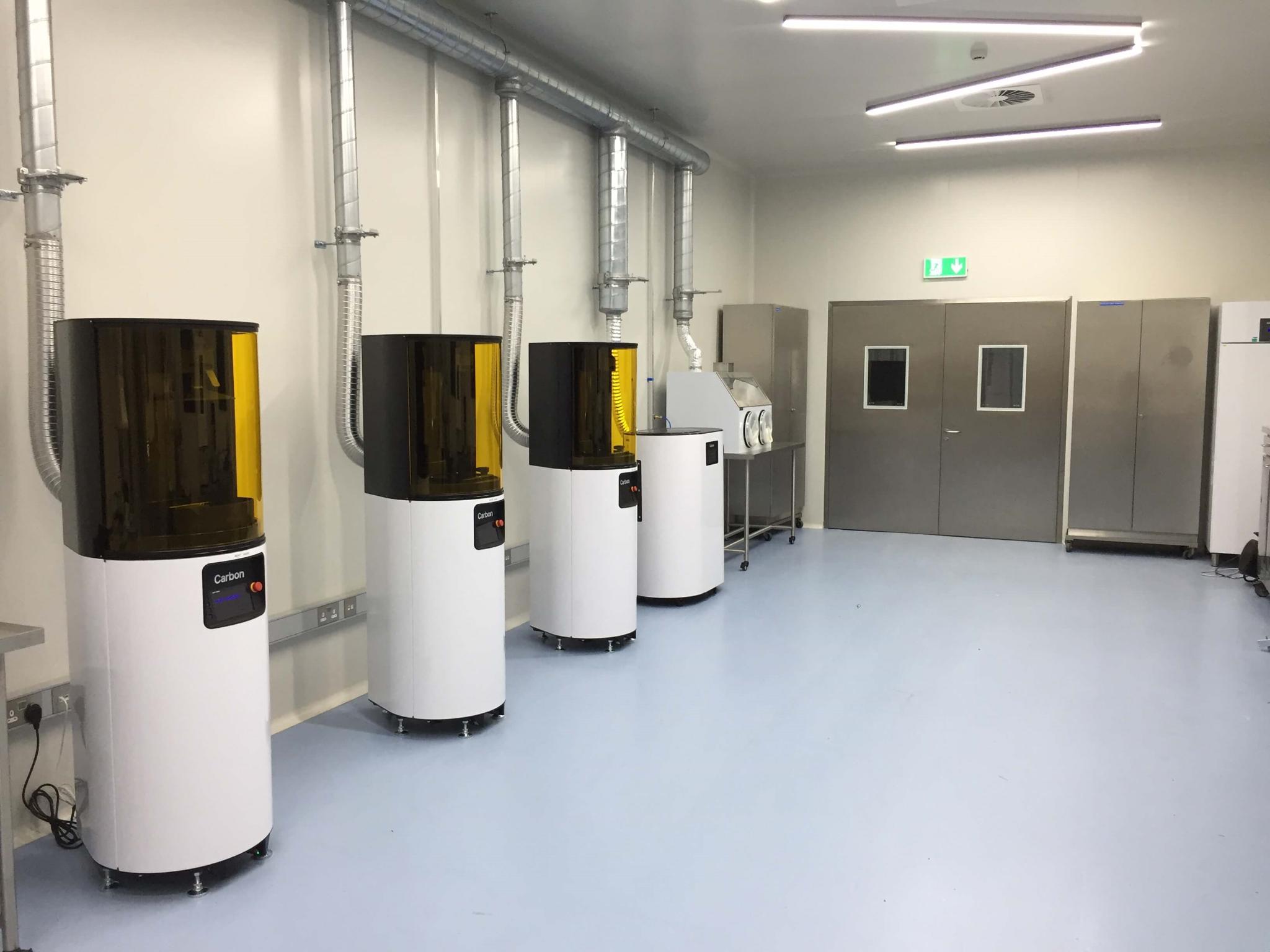 Due to its unique properties, the liquid resin used for the DLS process is ideal for 3D printing of objects in a striking resolution, with unusual surface qualities, and fantastic resistance to impact. These properties are optimal for a wide variety of industrial applications.

EPX 82 stands out for its incredible hardiness, rigidity, and high dimensional stability under heat (104° – 130°). Products made of this material are suitable for numerous industrial applications, such as plugs and housings, due to its mechanical properties (comparable to light-weight glass-filled thermoplastics).

RPU 70 is a versatile rigid polyurethane that is proven to have great impact resistance and dimensional stability under heat. It is “very non-flammable” in line with UL 94 HB, and thanks to its combination of stability and flexibility, it is an ideal alternative to nylon. RPU 70 is a material used for a wide range of industrial applications as well as consumer goods.

Because DLS does not create objects layer by layer, but rather in one piece, the CLIP™ process makes an astonishingly smooth surface possible for additively manufactured components. The liquid resin used has outstanding mechanical properties, and the option of using it to create both highly flexible and rigid, hard-wearing objects means that the potential areas of application are wide-ranging. Due to these qualities, 3D components produced using DLS are commonly utilized by both the automotive and consumer goods industries. Medical technology is another field that has shown great interest in this additive manufacturing technology, as the materials and 3D-printed objects are usually biocompatible, thus qualifying them for use in medical applications.

How is the CLIP™ process different from stereolithography?

In terms of the basic principle, these two 3D printing processes (DLS and stereolithography) are quite similar. Both of them involve exposing a liquid material to light in order to melt and then harden it. In the case of stereolithography, however, a laser runs across the areas to be hardened layer by layer. As soon as one layer is hardened, the platform on which the material is placed lowers, and then the laser repeats the process. In the CLIP™ process, a continuous sequence of UV images is projected while the object is pulled out of the vat in a fluid motion. The result is a product that bears no trace of a layered structure; instead, it features an impressively smooth surface.

Additive manufacturing processes save an enormous amount of time

The 3D technology DLS brings with it impressive time savings in comparison to other additive manufacturing processes; this is thanks to the creation of a “dead zone” through the continuous UV light exposure of the component to be produced and the fluid upwards motion of the object.

Are your 3D files ready?

Just upload your data. All files are automatically checked and optimized for printing.

Do you have any questions?

We will be happy to advise you personally regarding your 3D project.